If you’ve been following this blog for a while you’ve herd me use the term “overgraze” on several occasions. Today I’d like to provide you with an example of what a severely overgrazed grass plant looks like. With this information you will start to get a feel for “reading the land” which will improve your livestock management skills.

Overgrazing could be defined as a plant that has been exposed to grazing animals continuously, over time, without a chance to recover. This is different than severe grazing which is: a single grazing by an animal that bites most of the plant down to the ground (my definition). After a period of overgrazing the plant will start to adapt or new species that are tolerant of overgrazing will start to become more common and eventually take over. Since most people graze cattle, which only have one set of teeth, the grass plant will start to lay down on the soil surface instead of sending new growth up towards the sky. Why did I make the distinction about cattle? Cattle only have one set of teeth, as I’ve mentioned, and this means they can’t graze grass plants into the dirt like a horse can, which has two sets of teeth. The adaptability of nature always amazes me. Let’s examine a photograph of an overgrazed grass plant. 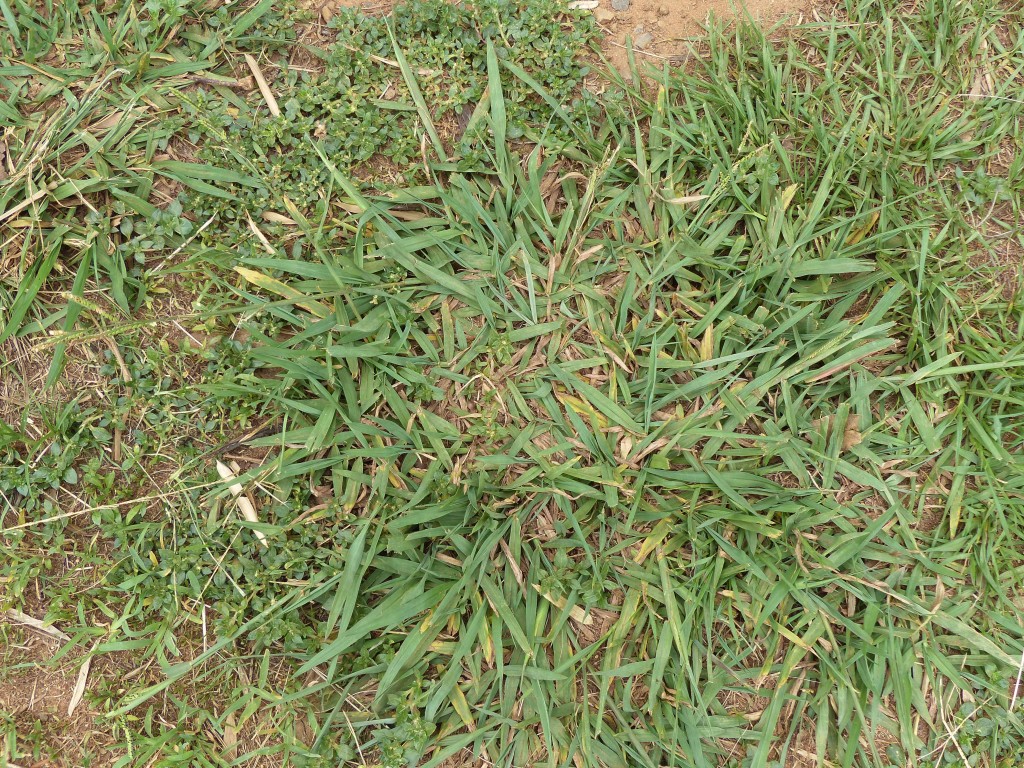 As you can see, this grass plant is trying to “lie flat” down on the soil surface and avoid being grazed. I have to admit, I couldn’t find a grass plant on Ian’s ranch that has been overgrazed (what an awesome problem to have!) so this plant is one that is mowed every few weeks. It is still being overgrazed, this time it’s the mower doing the work, not a horse or cow. However, the principle remains the same!

By lying flat, the grass plant can survive because it can’t be grazed when it’s solar collecting leaves are on the soil surface. Grass plants that are lying flat are a great indication that the plant has been overgrazed and management changes need to take place immediately. I want to emphasize that it doesn’t matter if you have 2 acres or 20,000. The principles remain the same.

Let’s take a look another photo. 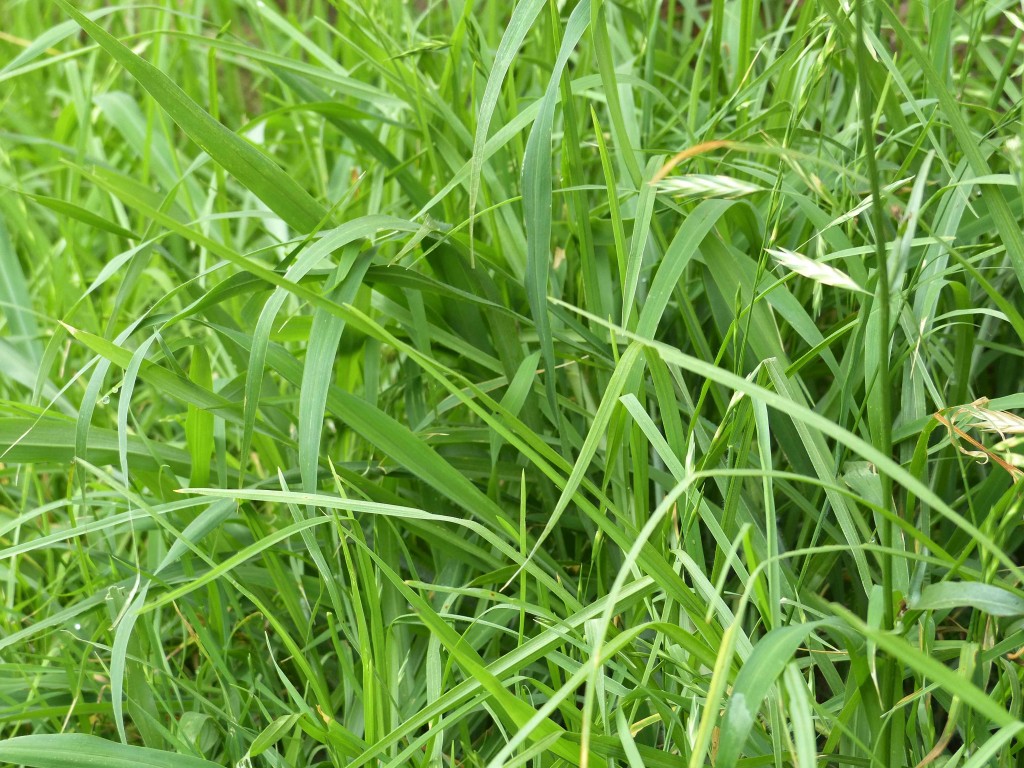 In this photo the same species of grass can be seen. It’s the one of a darker green color with broader (wider) leaves. Obviously this plant can grow upwards like most other grass plants, so we know that the “lying flat” phenomena discussed earlier is not a genetic trait of this grass. It’s a matter of overgrazing. It could also be defined as a difference of how we manage the grass.

Let’s review what we learned today: