Yes, There Is A Thing As Too Much Litter

Yeap. You heard it here first. Although I didn’t come up with the idea. It happened while talking to Mark Bader and Ian Mitchell-Innes the other day. We were talking about grazing of course, and I asked a question about litter. I said something to the effect of “When it comes to putting litter on the ground, isn’t more better?” Mark laughed at me and said “NO!” This was a typical Mark response and Ian and I had a good laugh.

Mark explained why there is such a thing as too much litter in an easy to understand way. He said putting too much litter down can be harmful for several reasons. They are:

You might be asking yourself if I’m crazy at this point. If you’ve been following this website for a while you know I always talk about litter and I love it! However, there can be “too much of a good thing.” If you are really observant you will have noticed how I seemed to contradict myself when I said “Shades out the soil surface which again prevents new grass plants from forming.” Haven’t I been telling you to cover the soil surface!? Yes, I have. However, the difference between 6-8 inches of litter vs 1-2 inches of litter is HUGE! Grass seedlings can poke their way up through a 1 inch litter bank. They have a very difficult time coming up though 6-8 inches or as we more commonly call it, mulch.

Why do you mulch your garden? To prevent weeds! The thick layer of grass is acting as a mulch and nothing can grow in that area. So, there is a balance when putting down litter on the soil surface. Many people have been bitten by the high density grazing bug. I’m one of them, but you need to balance everything to be successful. Let’s take a look at the differences in pictures that I’ve drawn.

Here is an example of too much litter! 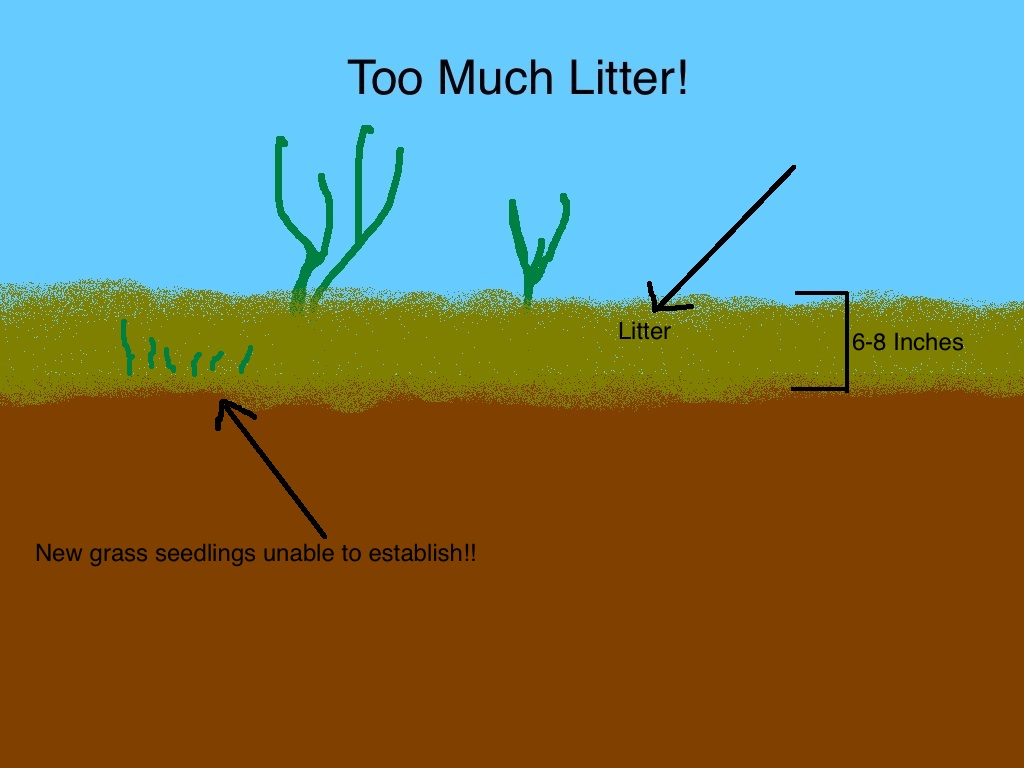 Here is an example of the ideal amount of litter! 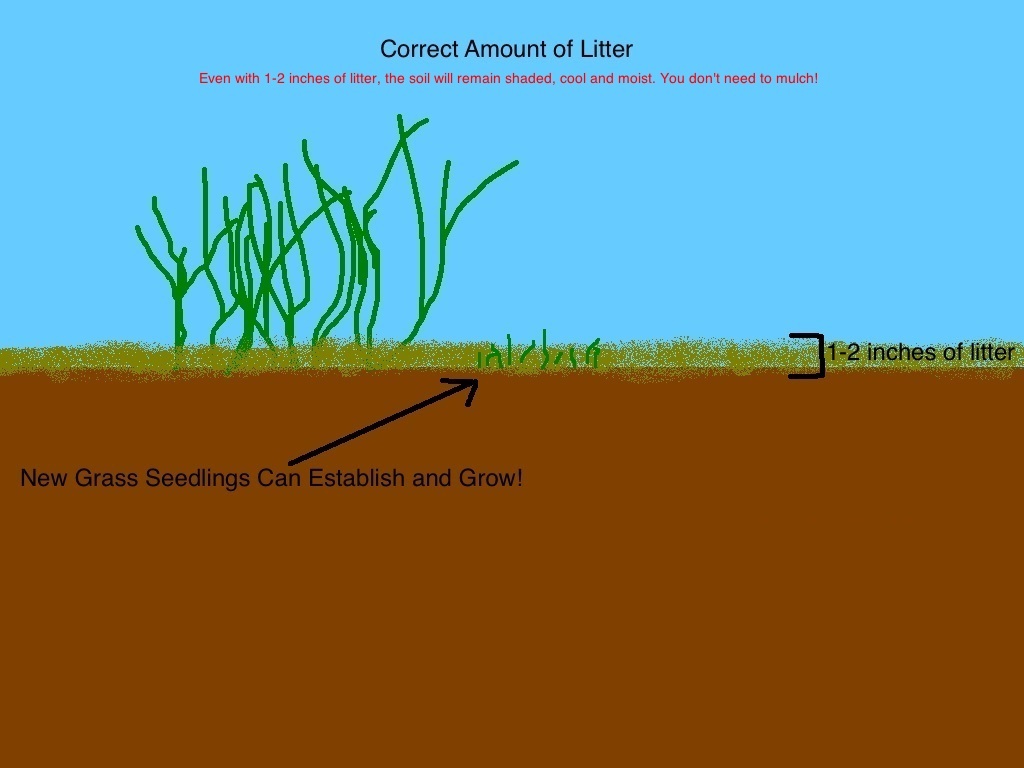 As my drawings clearly illustrate there is such a thing as too much litter. Next time you are thinking about high density grazing or mob grazing, consider among the many other things you need to be thinking about, the amount of litter you are putting on the ground. Remember, there can be too much of a good thing. Grazing is an art form, try to master it!